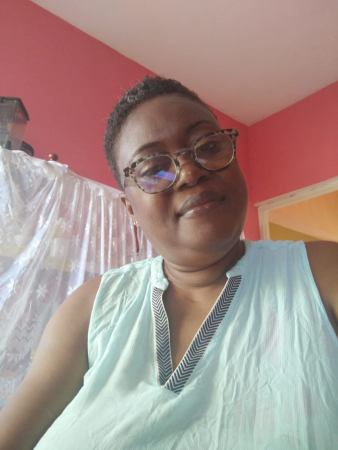 Arlene was diagnosed with Sickle Cell Disease at age three. She suffers from chronic pain which means that she is in pain most days and lasting more than six months. She experiences intermittent seizures and chest infections, has diabetes and suffers from chronic insomnia, anxiety and depression.

CAIHR’s Sickle Cell Unit has been managing Arlene’s disease to ensure her longevity and help her live a normal life as much as possible. Through the Unit’s advocacy, some medications for Sickle Cell Patients are now subsidized by the National Health Fund but some are not covered so Arlene has to pay for those out of pocket. Arlene was also employed for a number of years as a Data Entry Clerk at CAIHR.

Arlene is now fifty years old and had to move out of Kingston to be with her elderly parents who are eight-one and eighty-eight years old respectively. She has one sister who pays the rent and bills but now she is not well either. Arlene’s other siblings are unable to offer much support. 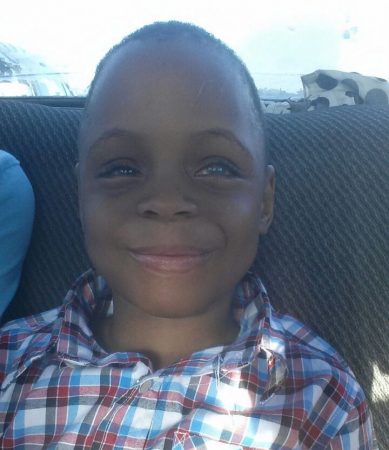 A smile, they say, can melt a million hearts.

Tyrique Wellington’s angelic expression shines through the pain of Sickle Cell Disease (SCD), and at 12, he is underdeveloped, hearing impaired and visually challenged in a contracting world, where his ability to perform basic bodily functions are severely compromised.

Yet, this extraordinary boy dreams of going to school, making friends and overcoming his daily struggles to live, and to communicate clearly with his loving mother.

“He is not able to express himself,” said Nadine Braham, who does her best as a single parent to care for her son. “He would say a few words but is no longer talking and I don’t know what to do, I fear that my ability to communicate with him is decreasing.”

Though she knows it’s an uphill task, Nadine is hopeful that Tyrique will one day lead a better life if his hearing is addressed, and he gets enrolled in special education. “When he was a baby I tried to get him all the possible help he needed. Schools weren’t able to provide him with formal education because of being both aphasic and visually impaired. I also could not afford all the recommended medical tests. The results of those tests that we were actually able to pay for came back inconclusive and I was left out of pocket with no solutions”.

His impairments stem from underdevelopment and seizures associated with sickle cell disease, for which there is no cure. “The most tragic complication of Sickle Cell Disease is Stroke, which happens most commonly in children and which can be recurrent, leading to severe, permanent disability”, explained Professor Jennifer Knight Madden, former Director of the Sickle Cell Unit. “This condition is both physical and psychologically traumatic, both for the patients and their caregivers. They need a robust support system.”

Each day takes a heavy toll on Nadine, who is unable to work full time because she has to stay home to take care of Tyrique’s needs round the clock, and ensure that he is getting proper care. “It is very difficult. Tyrique requires constant care and not having a regular income is extremely challenging; I am worried about our future.”

For Tyrique’s mother, when she sees how her son continues to press through multiple difficulties, she reaches forward to embrace him with a comforting hug which brings a twinkle in his eyes and that trademark smile that will melt a million hearts.

“Gifts open the way and ushers
the giver into the presence of the great.”